Facts about Pledges in TouchPoint¶ 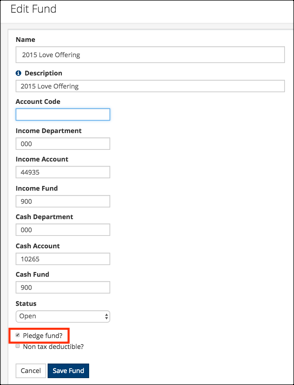 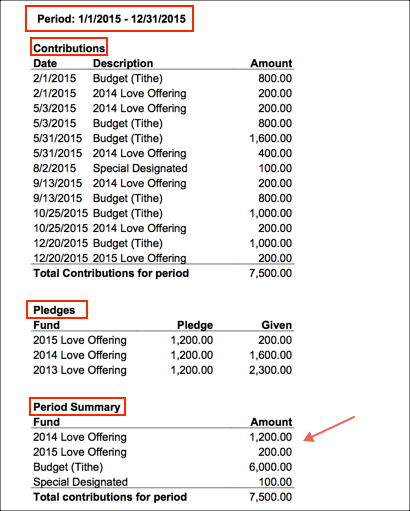 Look on the Contributions tab in Search Builder for more Conditions relating to Pledges.

Special Setting for Pledge Funds that Are Not Closed

If your church wants to stop displaying Pledges on Contribution Statements once the donor has fulfilled their Pledge, your TouchPoint Admin can add a setting ID named ShowPledgeIfMet and make the setting False. This is designed especially for churches that have existing Pledges to Funds that will not be closed at the time they become a client of TouchPoint. Example: a Pledge campaign for the Budget Fund.

A church has a new love offering Fund every year for which people make Pledges - Love Offering 2013; Love Offering 2014; and so forth. The church will keep each Fund open for a couple of years allowing donors to continue contributing toward it, in case they did not complete their Pledge during that year. At some point, the oldest Pledge Fund will be closed, and Pledge information for that Fund will no longer print on the donor’s Contribution Statement.